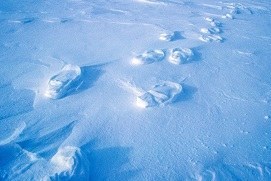 How keep the Sáminess alive under pressure of the majority cultures? What threatens the survival of indigenous livelihoods, languages and cultures? In his photography exhibition Sámi photographer Tomi Guttorm reflects the situation of the Sámi today and in the future.

Guttorm states that one of the key challenges in Sámi society’s well-being is, that the autonomy required by national laws and international agreements is not currently fulfilled in Finland or other Nordic countries. Through his photos, Guttorm discuss how Sámis can cope under the pressure of the majority culture and maintain and develop their own languages and cultures. As a solution to these challenges Guttorm suggest that the key protective factors are the ability to maintain and strengthen the Sámi identity and connection with nature, as well as protecting the traditional livelihoods and the rights of indigenous people.

The exhibition “We’ll cope” is produced by the Sámi Museum Siida and it is open in Siida from May to the beginning of October.