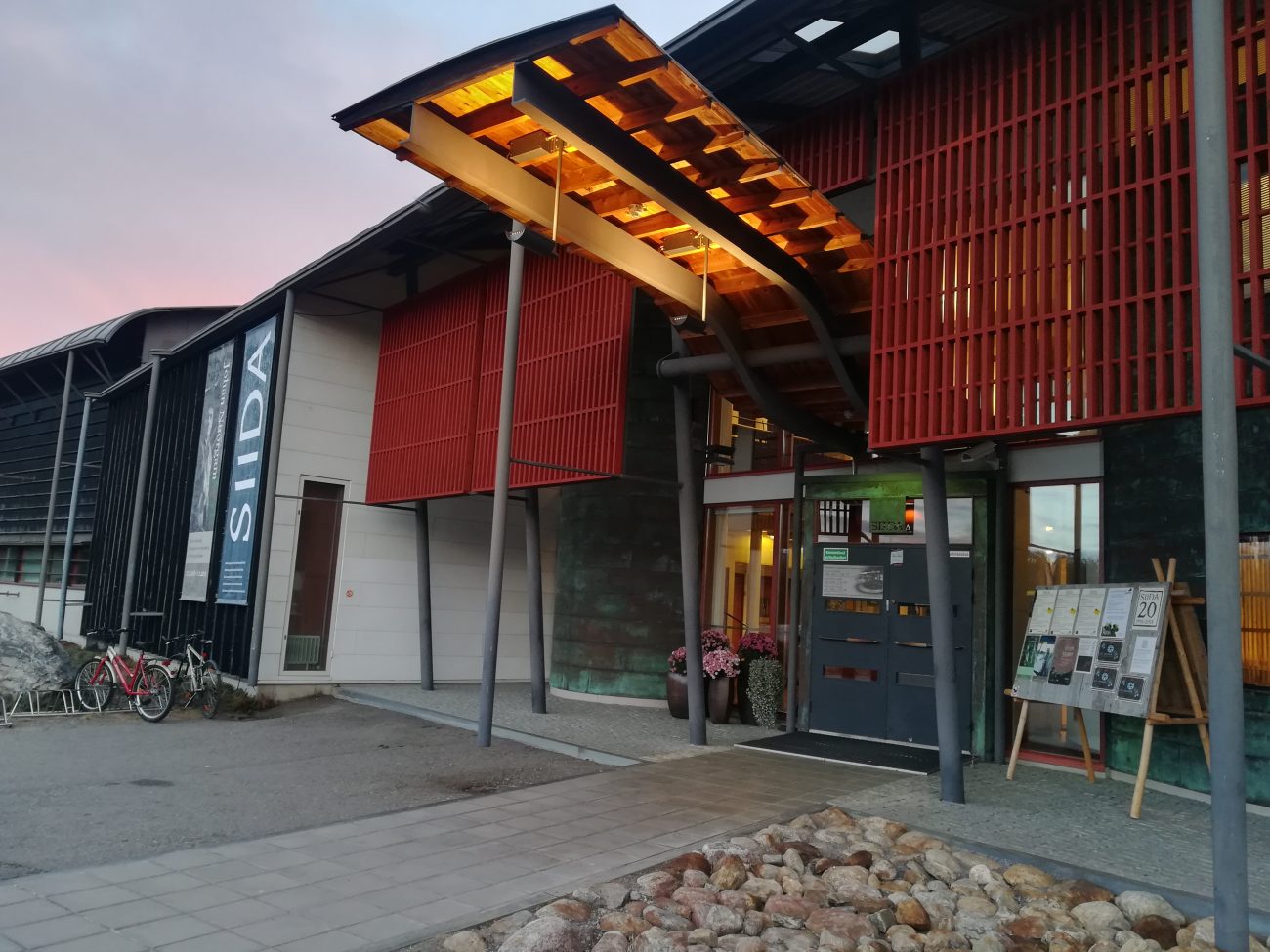 The Siida building was designed by architect Juhani Pallasmaa. As a museum building, Siida is modern, new and designed for its specific purpose. Its architectural design is functionalist. Siida’s design has been inspired by the landscape’s colours and shapes and the substance exhibited by its actors.

Siida comprises two floors with 2,800 m2 of space, 1,100 m2 of which is exhibition space. The Siida building blends beautifully with its surroundings and gained a great deal of visibility in both Finnish and international architectural publications when it was completed.

Siida’s design has both vertical and horizontal structures so its suited the surrounding landscape’s small details. Its arched roof structure emulates the surrounding landscape’s forms and, indoors, the vaulted ceiling creates varying illusions of space. The gutters, which extend outward from the building and are arched in shape, make the building look lower than it is and give the building its distinctive character. A skylight has been placed along the entire centre line of the building. This brings light and spaciousness to the middle of the building. The building’s frame is made of reinforced concrete and steel and its outside surfaces are predominantly wooden.

Inside Siida, the permanent exhibition space is painted a night-time blue while our other rooms are white. To contrast the white there is also wood that has been painted mahogany. The floors in the general areas are polished concrete coloured with terracotta pigment. The bottom surface of the top floor made of reinforced concrete cast from mould has been left visible.

With the exception of the cafe’s light fixtures and technical equipment, all the general lighting has been designed specifically for this building. The arched shape of the ceiling on the main floor has been used to reflect indirect light.