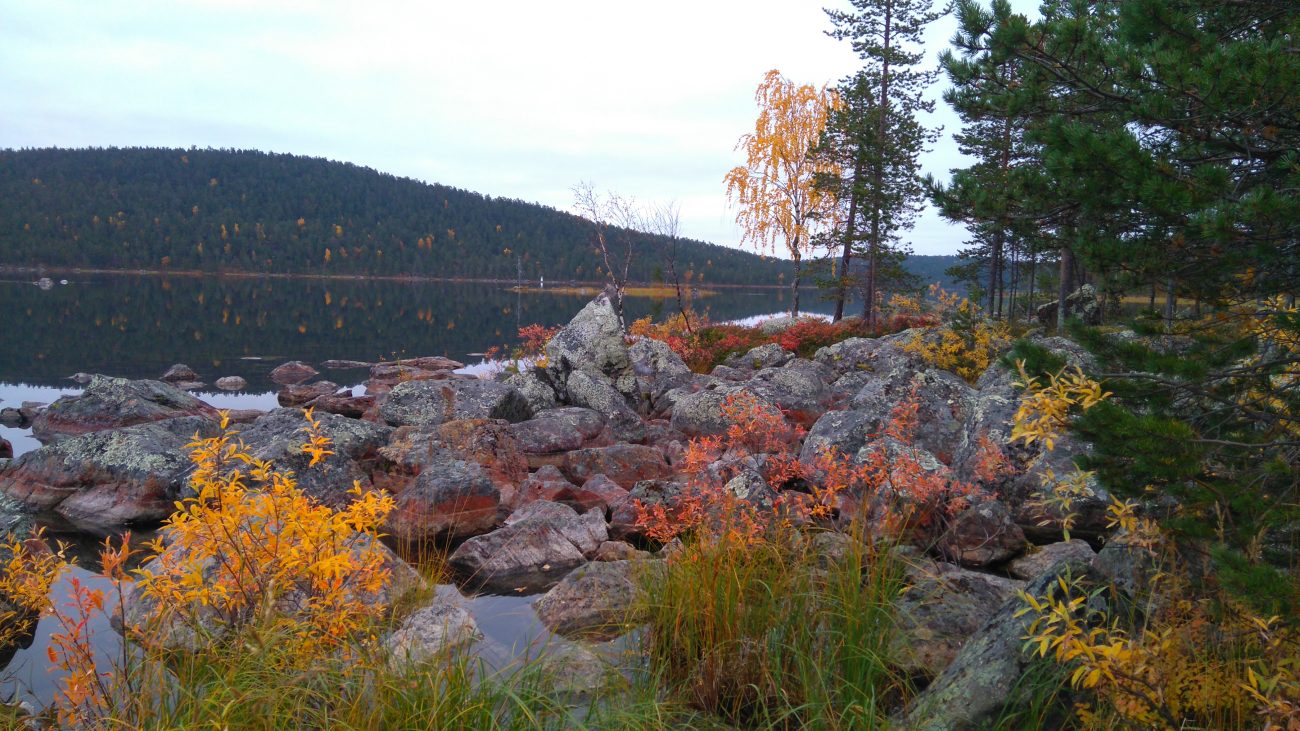 The late summer tasks of the Sámi handicraft year include the making of shoegrass to be used in reindeer fur shoes. The hay for this is cut by streams, in areas that grow willow. During the berry season, people pick cloudberries, blueberries, crowberries, bog whortleberries and, later, lingonberries for the winter. The delicious cloudberry (in North Sámi luomi) is the most valuable berry in the north, and it yields its crop in August.

The reindeer like to eat mushrooms. A good mushroom crop helps the reindeer to make it through the winter, but it also enhances calving the next spring. August is in North Sámi borgemánnu, which means “the month of the new hair” (of the reindeer).

A decrease in the amount of light tells the plants and animals that, soon, it will be winter. The autumn leaf color – the spectacle of autumn colors – is one of the greatest shows nature provides. It is also an impressive sign of plants being ready for the winter: their vital chlorophyll has been moved from the leaves to the other parts of the plant so that the other colors of the leaves have become visible.