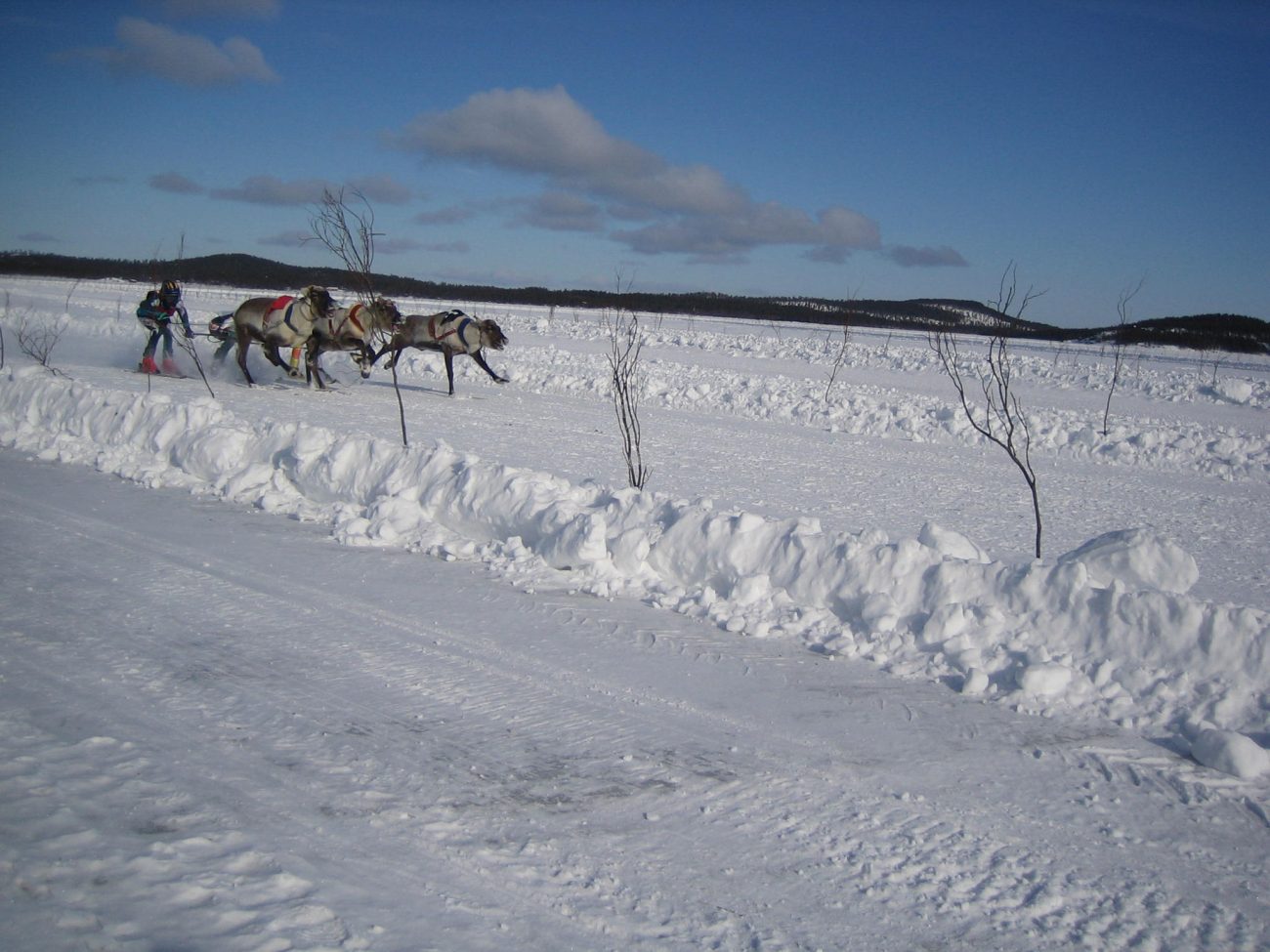 Snow buntings and whooper swans are the heralds of late winter: they are the first migratory birds that arrive in their northern nesting areas. In the North Sámi language, March is njukčamánnu, or “the swan month”. April is in North Sámi cuoŋománnu or ”the month of hard snow”. In April, the heat of sunlight makes, together with the wind and the low night temperatures, the snow so hard that it is possible to walk on it. The dazzling sunny days are late winter at its best.

Late winter is the time when the Sámi have their most important holidays. Annunciation has been an important church festival. Easter has been characterized by markets and weddings. In the Sámi community, social life has been at its busiest in late winter. At the event that is arranged in Hetta during Annunciation, the program always contains a church service but also Sámi concerts, a ball, and a reindeer race on a frozen lake.