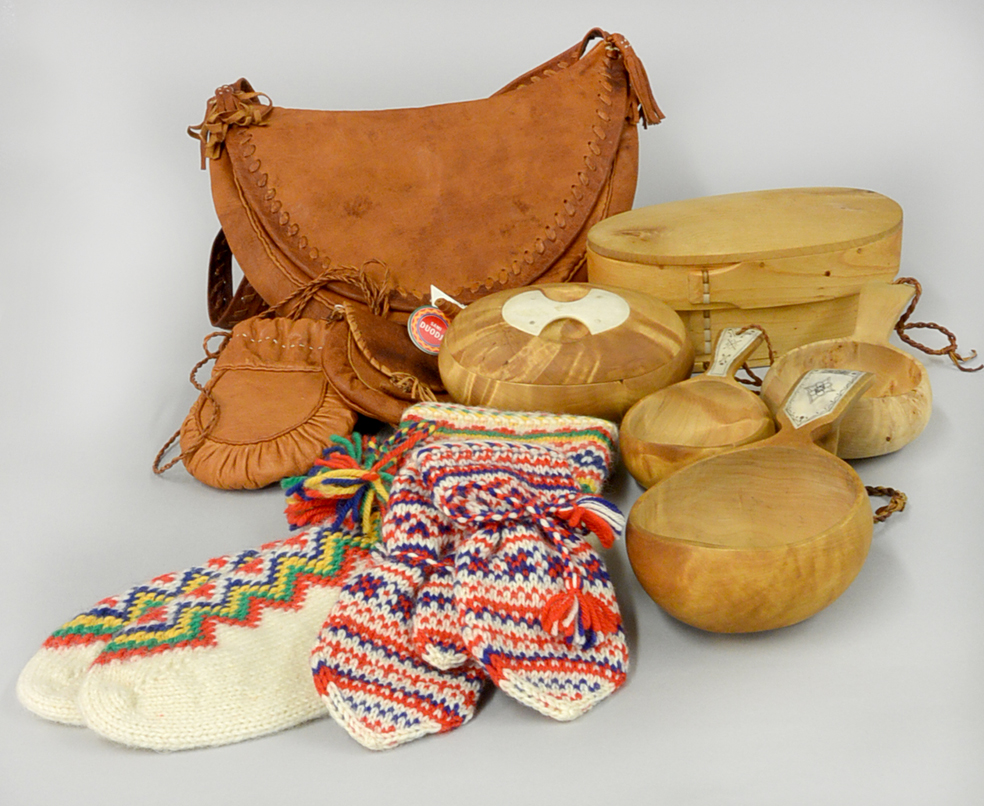 Skilfully crafted, heartily knitted pop-up exhibition showcases Birit-Anni Lehtola’s collection that consists of both textile works and objects made from hard materials. It contains a number of rarities: that is, items made skilfully from wood and bone. In terms of ornamentation, Sámi horn and bone objects are usually impressive, and Birit-Anni’s delicate handiwork in carving ornaments is exquisite. The collections of the Sámi Museum Siida hold few handicrafts made from hard materials by women, so the donation is an important one.

Birit-Anni Lehtola (née Pieski) moved from Karigasniemi to Inari at the turn of the 1940s and 1950s and began working as a proofreader in the printing house of the magazine Sábmelaš. Teuvo Lehtola from Inari also worked there, and the couple were married in 1952. Despite all the work a family with four children demanded, Birit-Anni found time to make handicrafts; for example, she knitted mittens and skilfully knotted fringes to silk scarves.

Her daughter Irma Lehtola recalls that life at home was characterised by their mother’s crafting: she was always making handicrafts that people had ordered, and, with Christmas approaching, the pace just quickened.

After Birit-Anni’s and Teuvo’s children had left home, Birit-Anni had time and the will to learn how to craft things from wood and bone. She became familiar with the hard materials on courses arranged by the Sámi Education Institute.