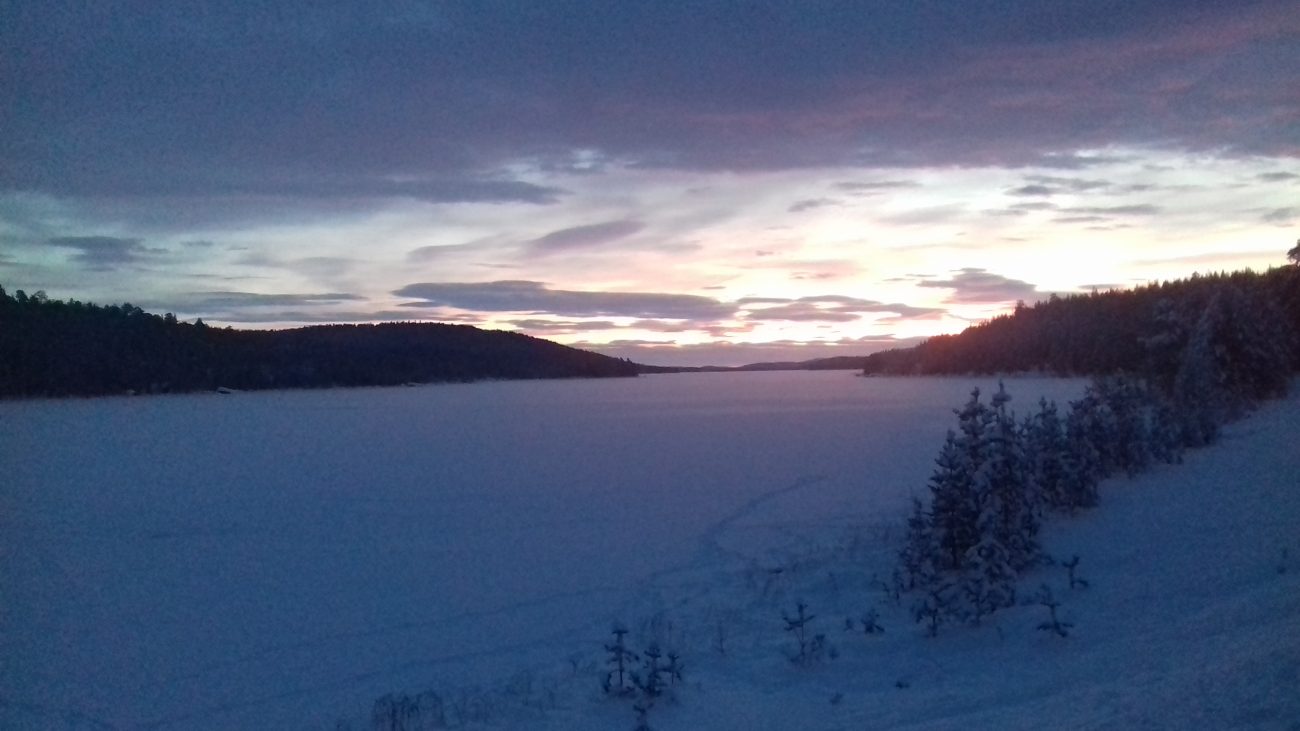 The weather gets colder and snow stays on the ground. Before migrating south, the last whooper swans hang back in the places that have not yet frozen, and the white-throated dippers arrive in the areas in which they will spend the winter. The open waters of Lake Inari freeze at the end of November. Days turn shorter and shorter, until, at the end of November, the polar night – the period of the blue dusk – begins. November is in North Sámi skábmamánnu, which means “the month of the polar night”.

Early winter when the reindeer are still fat is the time to slaughter the reindeer that are eaten in the family during the winter. To get dried reindeer meat, parts of them will be hung to dry later in the winter. When slaughtering the reindeer, people take the blood of the reindeer to make lumps of “black pudding” that are boiled in bouillon; they also take the intestines to make sausages of them. However, the first meal to be made of the meat is a soup out of the saddle and fillets.