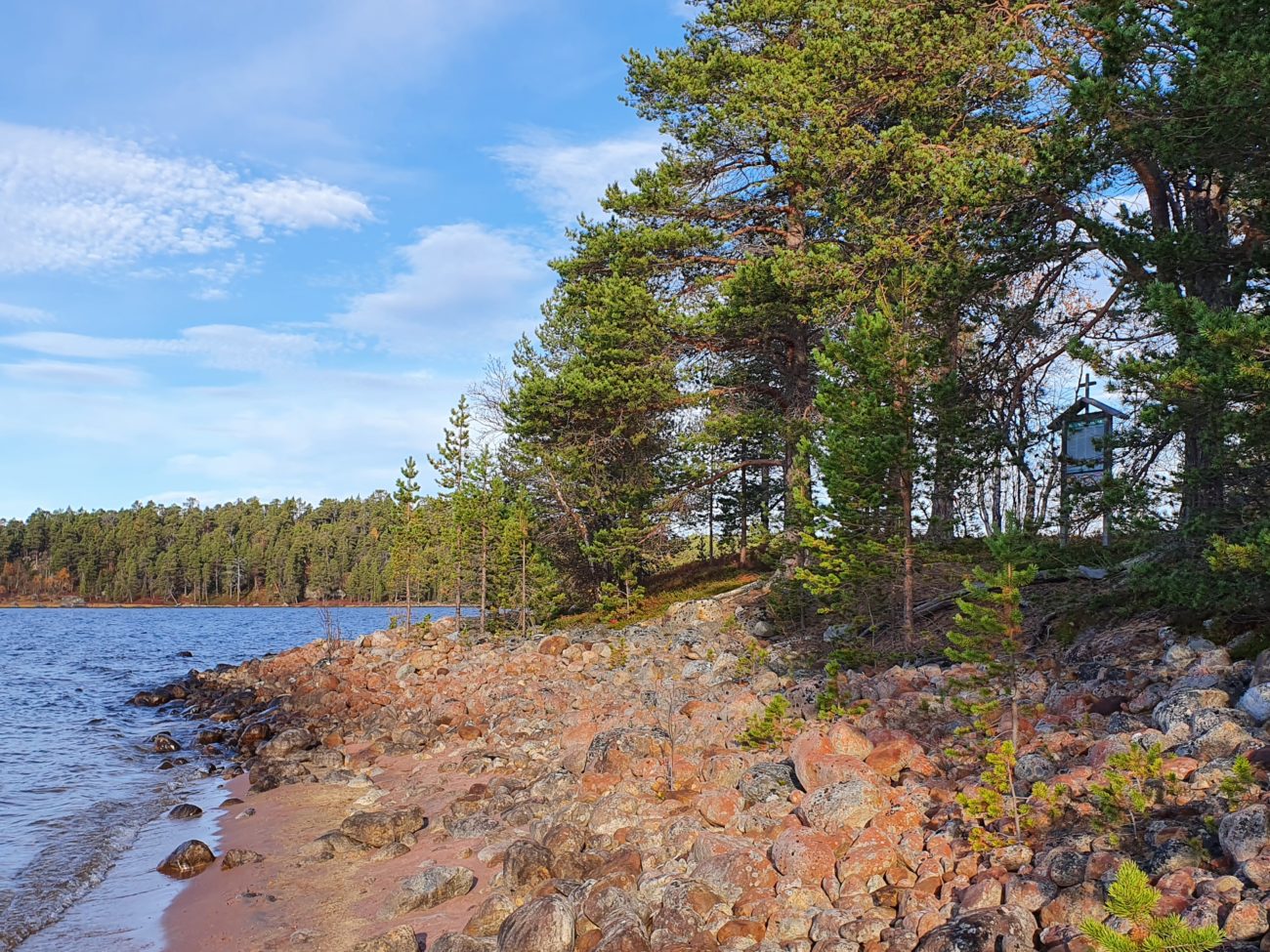 SiidaReleaseSámi remains to be reburied in August

Sámi remains to be reburied in August

The last Sámi remains excavated from cemeteries in the Sámi homeland will be reburied in Inari and Utsjoki after the Sámi Church Days on 7–8 August. The deceased were laid to rest with funeral rites at the time of their burial, and the reburials will take place in a church ceremony following the order for the burial of the dead. The remains have been stored at the Sámi Museum Siida since 2001.

The Sámi remains will be interred at the cemetery on Vanhahautuumaasaari Island in Inari on Sunday 7 August 2022, and at Mantojärvi in Utsjoki and the Orthodox cemetery in Nellim on Monday 8 August 2022.

On Sunday 7 August 2022 at 15.00, an event will be held in Inari at the lávvu reserved for the Sámi Church Days, where the programme will include telling the history of the remains. The reburial will take place at the cemetery on Vanhahautuumaasaari Island in Inari, where the remains and members of the funeral procession will be transported. At the lávvu, attendees will watch the reburial via live stream.

The events will continue on Monday 8 August 2022 at 10.00 in Utsjoki, where the remains will be reburied at the old cemetery at Mantojärvi. A coffee and discussion event for the funeral procession will be held in the churchyard.

The Skolt Sámi remains will be buried at the Orthodox cemetery in Nellim on Monday 8 August 2022 at an event starting at 15.00. A coffee and discussion event will be held for the members of the funeral procession at the Nellim clubhouse.

All of the events will be streamed live.

The reburial is an event that affects the entire Finnish and Nordic Sámi community. Similar events have been held earlier in the Sámi Homeland: on Vanhahautuumaasaari in Inari in 1995, in Alta, Norway in 1997, in Neiden, Norway in 2011 and in Lycksele, Sweden in 2019.

Committee responsible for the arrangements

The Sámi Museum Siida has set up a committee to handle the arrangements for the reburials. The members of the committee represent the Sámi Parliament (Leo Aikio, Anu Avaskari, Vuokko Hirvonen), the Skolt Sámi Siida Council (Hanna-Maaria Kiprianoff), the Evangelical Lutheran Church of Finland (Tuomo Huusko, Erva Niittyvuopio), the Sámi Work Committee of the Evangelical Lutheran Church of Finland (Veli-Pekka Lehtola), the Orthodox Parish of Lapland (Jaakko Vainio), the University of Helsinki (Hanna Snellman), the Ministry of Education and Culture (Hanna Kiiskinen) and the Sámi Museum Siida (Minna Lehtola, Eija Ojanlatva).

In 1995, the remains of 95 Sámi were returned to the cemetery on Vanhahautuumaasaari Island in Inari from the anatomical collection of the Department of Biomedicine at the University of Helsinki. At that time, the initiative for the reburial came from the Church Council of Inari Parish.

However, there were still other Sámi remains in the collection, and a committee established by the university took inventory of them. In 1998–1999, the committee discussed questions related to the ownership of the extensive collection of human skeletons collected in the 19th and 20th centuries and the principles of using the remains for research purposes. With regard to the Sámi remains, the committee also worked together with the Sámi Parliament.

As proposed by the committee, the Sámi remains in the anatomical collection of the University were repatriated to the Sámi homeland in 2001, to the Sámi Museum Siida in Inari. The Sámi Museum has stored the remains of 172 deceased persons appropriately since their repatriation. As agreed, permission to examine the remains has not been granted during that period.