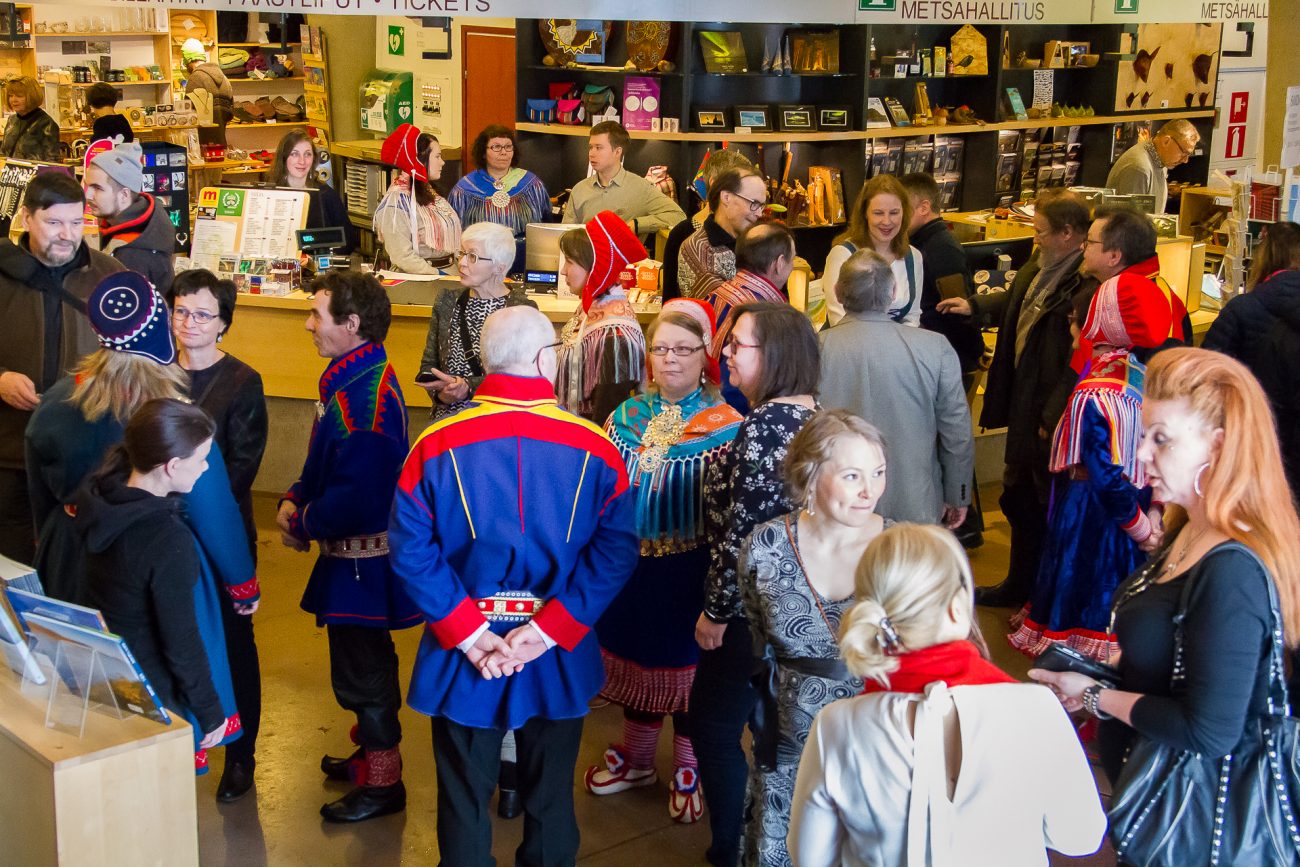 SiidaReleaseSiida continues to be a popular destination

Siida continues to be a popular destination

In 2018, Siida in Inari, Finland, was again visited by a huge number of people. The Sámi Museum, the Northern Lapland Nature Centre and the restaurant Sarrit, all based in Siida, are pleased with the 2018 visitor figures! Siida’s 20th anniversary year with its interesting exhibitions and diverse events attracted the public to a great extent.

Siida in Inari, Finland, was again visited by a huge number of people.The Sámi Museum, the Northern Lapland Nature Centre and the restaurant Sarrit, all based in Siida, are pleased with the 2018 visitor figures!Siida’s 20th anniversary year with its interesting exhibitions and diverse events attracted the public to a great extent.

The visitor counter by Siida’s outdoor registered 117 079 visits.The total number of visitors includes all those who enter Siida: the exhibition and event visitors and the customers visiting the Excursion Information of Metsähallitus, the Tourist Information of the municipality of Inari, and Restaurant Sarrit.

In 2018, Siida had 59 178 exhibition and event visitors, which meant that the number of exhibition visitors was the second highest during the twenty years of Siida’s existence.The year 2017 was the record year of Siida’s history.

The popularity of the national Museum Pass that was launched only a few years ago shows in Siida too, as the pass was used for entry to Siida more often in 2018 than the year before.The number of visitors entering our exhibitions with the Museum Pass was 1821, which means a 17% increase compared to 2017.

During Siida’s celebration year, Siida’s own Annual Pass was available for local people for a special price, and, indeed, the number of visitors using our annual pass increased by 37% from the year before.In future, too, we will offer Siida’s popular annual pass half-price for local people.

The Sámi Museum Siida runs a Skolt Sámi Heritage House in Sevettijärvi.The Heritage House was open from 10 June to 20 September, with 2148 guests visiting it.

In 2018, the French and the Germans were our biggest foreign groups of exhibition visitors.Italians were the third biggest group.The fourth biggest group came from China and Hong Kong.Our statistics show that our customers reported a total of 92 different countries/nationalities in 2018.

As concerns customer types, our exhibition visitor is most often an individual foreign adult.There has been a considerable change here, as, in the past few years, we sold most of our tickets as groupticketsto foreign tourists travelling in groups.Foreign group travellers were our second largest customer group (type) in 2018.A change that is taking place in tourism is visible in Siida too.Increasingly, people are travelling alone or as couples, families or parties.Nevertheless, group travel is still very popular.

In 2018, we arranged, on request, altogether 270 guided tours, which meant a 5.9% increase compared to the 2017 figures.English was the most common language of these guided tours.

Siida continues to be a significant player in tourism to Northern Lapland.In 2019, Siida will launch an extension and development project that will improve, for example, Siida’s collection and customer service facilities.The Siida Building will be renovated, and a new collections unit and a restaurant wing will be built.Our permanent exhibitions will also be renewed.More information on these projects and changes will be available later.