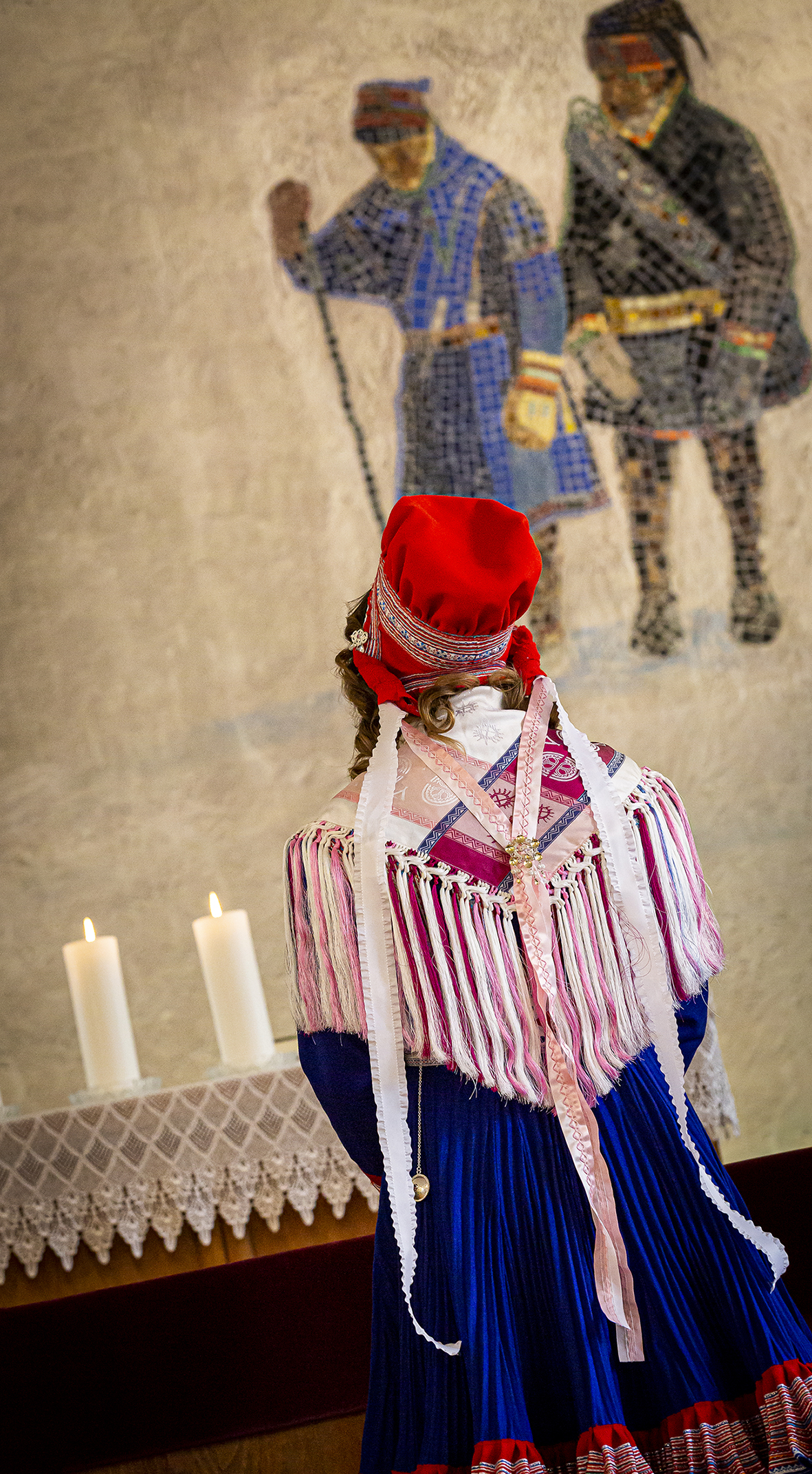 The Sámi Museum Siida’s temporary exhibition Sámi seremoniijat – Sámi ceremonies follows, from the point of view of the Sámi crafting tradition, how Maarit Magga prepares as a mother and an artisan for her family’s ceremonies – confirmation and baptism. The story proceeds on several levels: those of crafting, or duodji, and Sámi values, view of life, customs and spirituality.

The exhibition is an artstic production created by Maarit Magga. It is connected with Magga’s artistic doctoral thesis on duodji, which she is writing for the Faculty of Art and Design of the University of Lapland. Magga works as a doctoral researcher of Sámi crafts and design at the Sámi University of Applied Sciences.