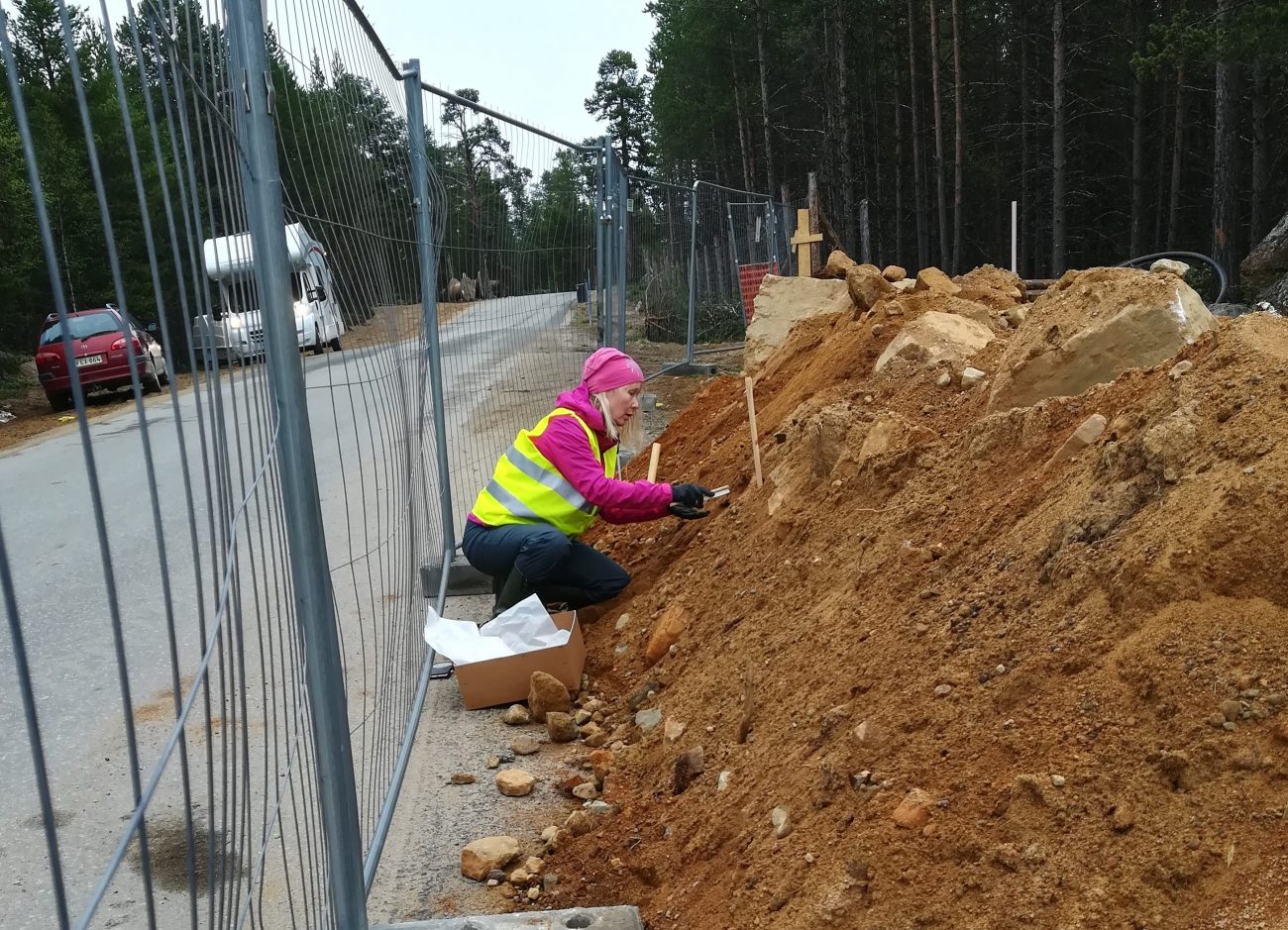 The Siida Building of the Sámi Museum and Northern Lapland Nature Centre is being extended and will get new collections facilities and a new restaurant wing. Construction started with excavation work in May 2020. Last week a digger revealed bones in a heat pipe pit at the building site. The bones are probably those of prisoners of war from World War II.

Siida’s on-site construction was launched in May. Extensive foundation excavations are being done at both ends of the Siida Building. Last week, an excavator revealed bones in the ground when digging pits for heat pipes. The Sámi Museum Siida’s archaelogist identified the bones as human bones, and the excavation in the pit was stopped immediately. Bones of at least three people have been found on the site. We can presume that they were prisoners of war.

The police was informed of the find, and the Museum’s archaeologist got permission to excavate the bones. After excavation, the police fetched the remains of the dead. The bones are being sent to Helsinki, to be studied in greater detail and for taking DNA samples.

An ancient site and a prison camp

In the vicinity of Siida, there is an ancient settlement site called Saamen museo / Vuopaja (“Sámi Museum / Oxbow Lake”), which is protected by the Antiquities Act (295/1963). The ancient site was taken into consideration already when planning the extension parts of Siida, to keep it intact for future generations.

We know that there was also a German prison camp with Soviet prisoners building a bridge over the river there. Thus, there are pits and remains of dugouts from the Second World War in the neighbourhood of Siida, and some of them have been covered by the buildings of Siida and the surrounding roads. The employees of the construction company have been given instructions on what to do if prehistoric or historic objects or structures are found in the ground.